skip to main | skip to sidebar

before you read any further...

If you're trying to find my photography site, click here for peterdavisphotography.com.

This is what an embedded site looks like. You can view the page by clicking here.

My new photography blog is up and running (although not 100% completed). So if you're reading this in a blog reader, please update your settings for my blog. Or if you have me bookmarked, please update that too!

My new blog will have more of a focus on my photography work, but it will still be chocked full of personal stories and pictures of the kids, so please make the switch with me!! Thanks!

I'm guessing my blog feels a little left out. And perhaps you do too, that is, my loyal fan base. My avid readers who wake up early to read my blog...my imaginary friend.

Anyway, I've been dying to write some new stuff, but my focus has been on my photography site. It just got a new look and it's taken some time to get it rolling. If you haven't seen it, check it out!

In the coming weeks, I hope to move my blog over to my photography site and start blogging more about photography and life over there. I'll probably stop writing about politics and such...I know some of you will be glad about that. My hope is to use my blog as a way for potential photography clients to get to know me a little better and a way to better showcase my recent work.

I'll let you know when I make the switch!!! Thanks for checking in...

I just hit 700 friends on facebook and I joined twitter tonight. I can literally feel the years shedding away. Now if I could just get rid of some of these gray hairs...

I can't believe that our little Kyla is 5 today! I sat down to post a few pictures from the past five years and ended up with a huge slide show! I just couldn't pick the best three or four from literally thousands of images! Here goes:

Here are a few recent pictures for my oh-so-neglected blog: 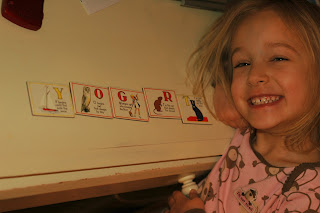 The other morning, Kyla told me she wanted yogurt for breakfast and she asked how to spell it. I sounded it out slowly to her and she brought these magnets over and spelled it out for me! I was very impressed! Sorry for the poor quality of the shot...it was early. I can't believe she's going to be five years old in a week. 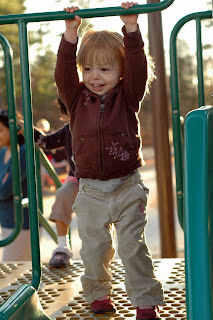 Avery continues to love the park. She truly comes alive whenever we go! 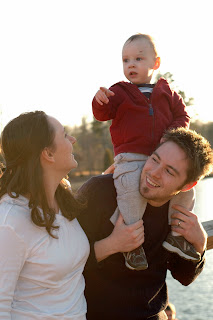 We had a nice visit from Rosie and Jonathan and little Ian. We can't wait to have them come back again soon for Kyla's birthday! 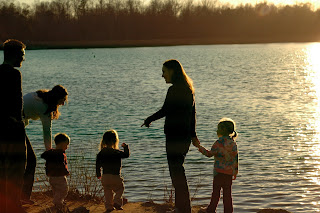 It's been a while since I've written about politics. I guess it's partly because the radio in my car hasn't worked since I put a new battery in it and I can't get my usual dose of NPR in the mornings. But I did come across something that got my feathers ruffled and I'll try to put this nicely.

It's about the switch from analog to digital TV. This quick video explains it pretty well. The government has already spent $1.5 BILLION on making the switch (advertising, education, and coupons for free digital converters). Well, it seems that's just not enough because I guess there are some people out there who haven't been paying attention and aren't ready to make the switch.

So now the government is delaying the switch and is asking for $650 MILLION to make the switch. WHAT??? Just so people can have a prettier picture to look at? Can't those who aren't ready to make the switch just live without TV for a little while? How sad of a statement about our culture is that? A large school district in our area is planning 700 job cuts next year and some law makers want to spend $650 MILLION to make sure people can have access to TV, which will expose them to endless hours of advertising, which will make them want more of what they don't have because they don't have a job and can't afford it, so they'll put it on credit cards and end up foreclosing on their houses.

I read a quote by a politician recently that said something like this: If someone out there doesn't know that there is a switch from analog to digital, then they're probably not watching television.

And even if they are, let their boob tube go blank and then they'll figure it out. Sorry, I try not to rant, but if you know us, you know that our family is one of those weird ones that watches television for about a total of 3 hours/week. I'm done now. 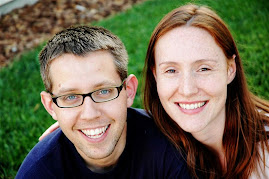